Every state of being exudes a vibration. Call it mood or consciousness, it’s still a vibration. When you’re riding high, energy is flowing, and the world has a glow, your vibration is high. When you’re depressed or scared, you feel the heaviness weighing you down. People around you get dragged down, too. (Renowned scientist David Hawkins explains the science of it in his book Power vs. Force. Get your’s here: Power vs. Force)
However you feel, your vibration broadcasts your state of being into the world like a radio signal. The higher the vibration that ripples out from you, the better everyone around you feels, too. It’s a good kind of contagious.

Some years back, the Transcendental Meditation people did an experiment. A large group meditated on particular cities. The places meditators focused on experienced significant reductions in crime and violence during the time of the meditations. What if… What if holding your vibration high could have a similar effect on those around you? The happier you can be going about your life, the greater your service to the well-being of others. Everybody wins.

The Good Vibe Challenge: Test this for yourself

Beginning April 1, 2019, for the next 31 days, focus first on keeping your vibration high to make yourself feel better and to deliberately send good vibes into the world.

Tough assignment, eh? How fulfilled can you be? Do this methodically.

What gives you a strong sense of well-being, of feeling centered in yourself and deeply loved? You’ll know what’s most effective for you by the thrill of energy that runs through your body when you think about it and bursts bigger as you do it.

What you invest here will return to you multiplied. Come play with us. In addition to loving hands to hold, you’ll get resources to boost you: inspirational conversations, wisdom writings, songs, brief meditations, Moments of Magic.

Join the
31-Day Good Vibes Challenge
to see:
How can it get better than this?

Spread the word. Invite your friends to do this with you.
The more, the merrier!

Aha! One way is to read exciting, imaginative books.

Protectors of the Grid

From two of your favorite characters:

Terra Kano Tells:
When we were kids…

I’ve always felt energy, especially as a kid, though I didn’t recognize what it was that I was feeling. I’ve always been able to hear the birds and animals, the trees and plants, the 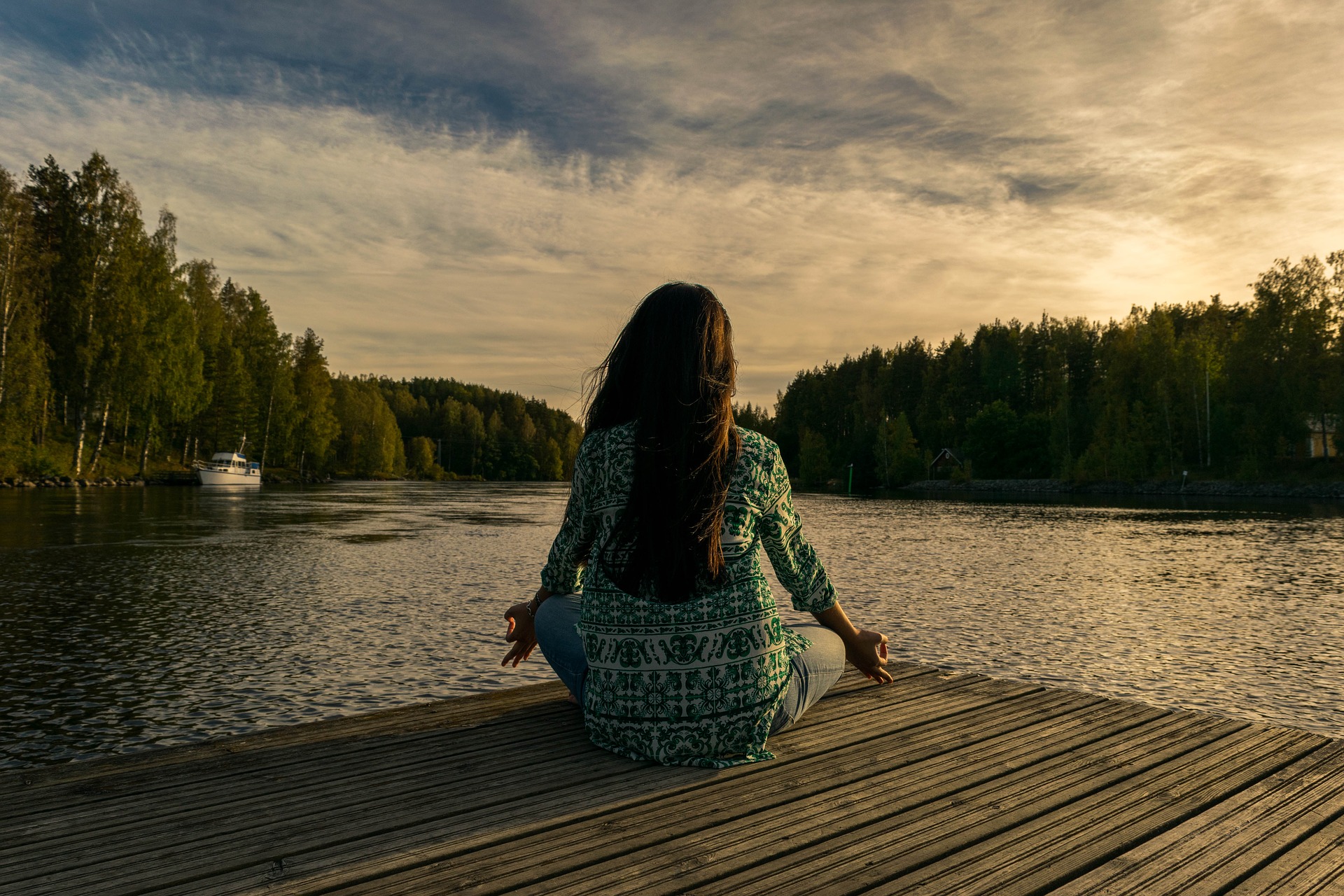 winds and waters talk. It never occurred to me that everyone didn’t. The outdoors was sacred to me, but inside the church whenever Mama took me, the angels’ voices sounded different.
I didn’t want to move to Washington, D.C. when Dad became a Senator. I was ten and I was miserable at first, so summers, Mama and Dad sent me to stay with my Dad’s parents, Puna and Tutu, on Molokai. Ben, my cousin from California, was there, too. His mom and dad both traveled for work so Mama and Dad arranged for him to go to Puna and Tutu’s with me.
Even though he’s two years younger than I am, he was always bigger. 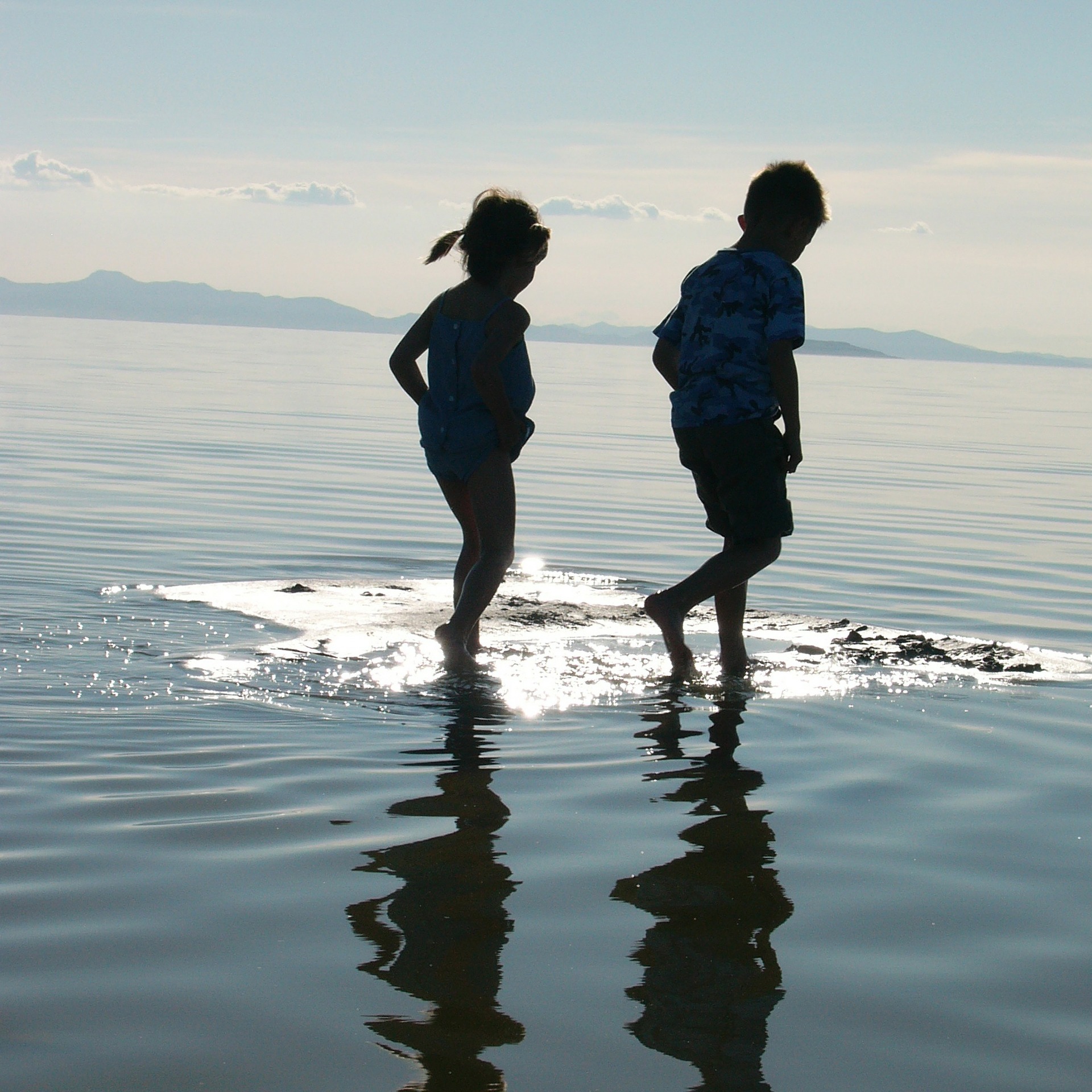 The first couple of summers we had a lot of fun, but then he changed. I guess his mom and dad’s fighting got to him. He mocked me about the things that I could hear and feel. I think sometimes he turned off what he could hear and feel just so he could mock me. Or maybe because he mocked me. It hurt more than I let on. I stopped telling him anything, and that was when I began to hang out with Great-grandmother Kuku. She introduced me to some of the old ways, though I didn’t realize what she was teaching me until much later. When trying to solve the Dead Angels serial killings nearly broke me, I ran home to Molokai, Dad and Simeona (Dad’s ceremonial partner). They saved me. More about that later. But back to Ben.
After Ben’s parents divorced, Ben became someone different. He changed from a normal, bratty boy into a 14 year old clown whose crazy antics got him a lot of attention, especially from girls. He made his new cynicism seem sophisticated and cool, but I could feel the thrum of anger always inside him, especially that summer he came to stay with us in Washington. He looked as old as I was then, 16, because he was growing fast – on the outside.
I’d hoped when he started hanging out with Kachi that summer that some of Kachi’s 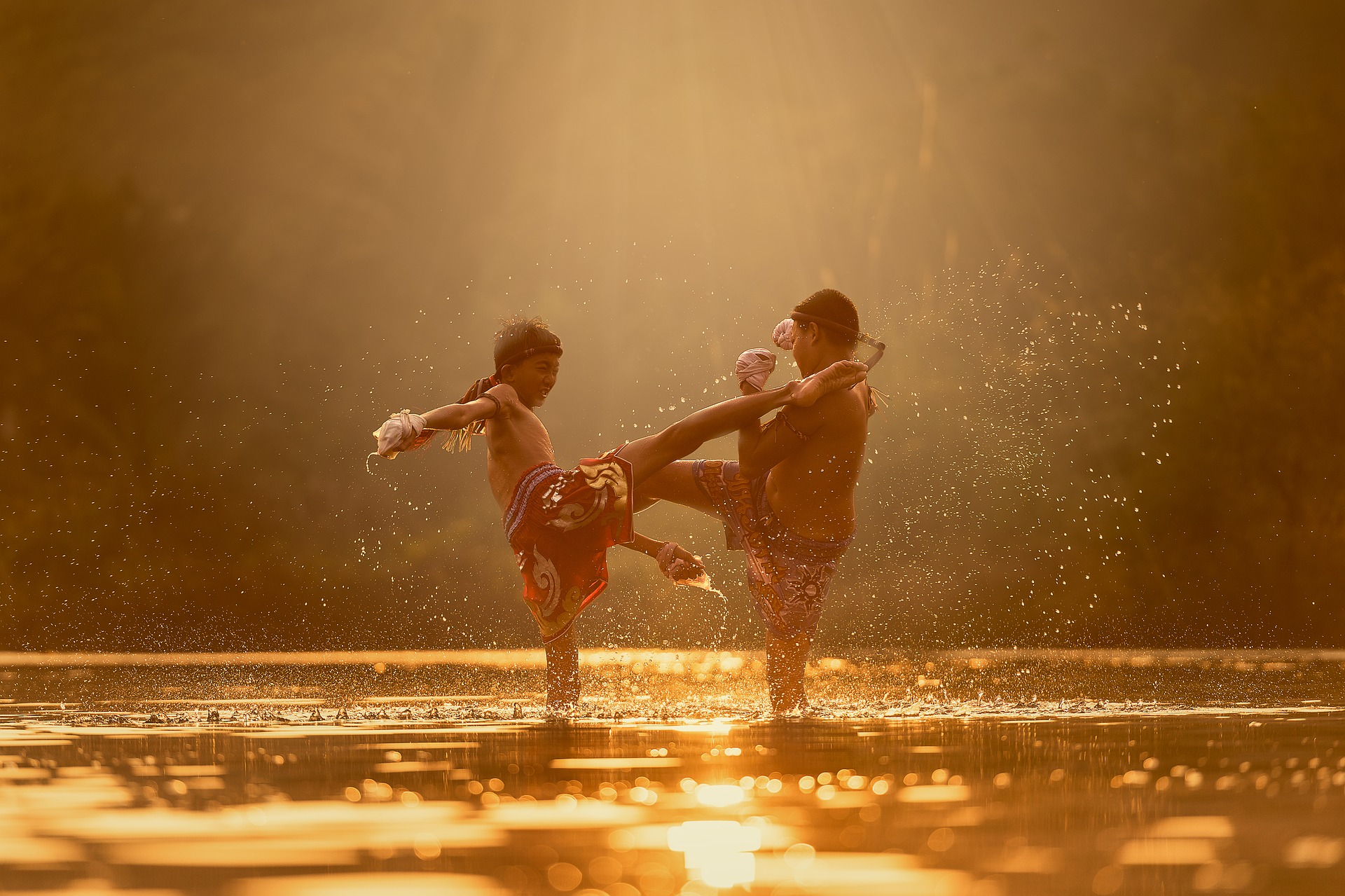 steadiness would rub off on him. Kachi was in Washington as Oklahoma’s delegate to a youth conference hosted by The American Indian Higher Education Consortium (AIHEC). They really hit it off and got so close that after that summer in Washington, Ben went with Kachi to the rez. Ben did seem happier after the summers in the desert but he kept that cynicism around him like a suit of armor.
I lost track of Ben after that. I was preoccupied getting my degree, then my masters in Criminology, Law & Society. I thought that with my training in ho’oponopono, I could make a real difference in society by working with the worst.
I’ll never really know if that’s true. Cap claims just my energy and the way I went about detective work shifted things for the better, but it took a toll I hadn’t expected. I guess I was naïve, not as strong or as prepared as I thought I was.
I rely on the spirits and my intuition a lot more these days. It helps. I fought that breakdown as hard as I could but in the end it took me where I needed to go. I’ve been thinking of retiring early – I’ve got 10 years to go –  and now, out of the blue, Ben calls.
“I need a witch. Can you come to California?”
I’d like to smack him, but something inside me says this is a turning point. I wonder who Ben is now – and what the hell does he want from me?

Ben Asks:
How the hell did this happen?

This is so damned frustrating. Every time I turn around I get woo woo shoved in my face! Who believes in that crap these days? 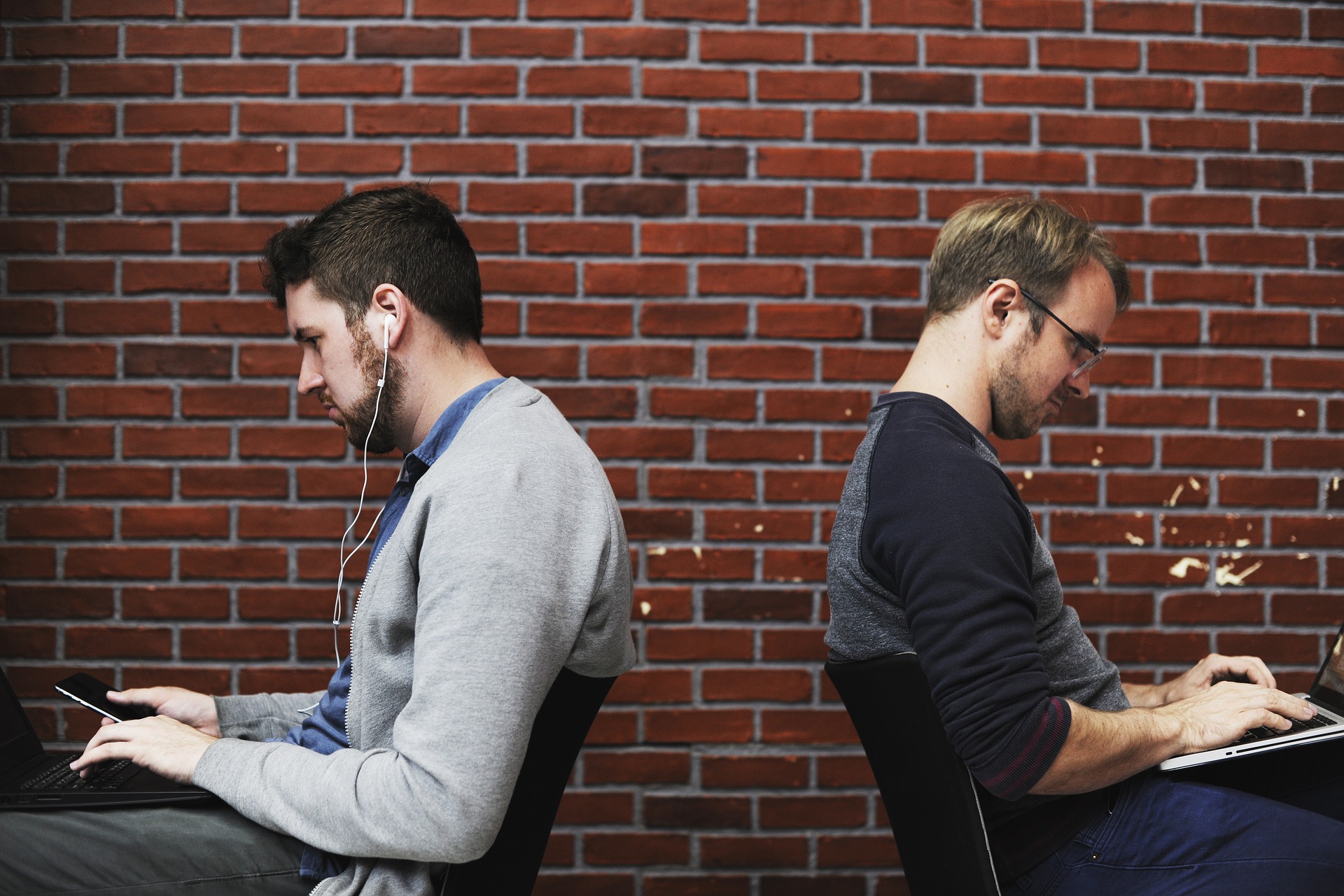 Sure, the idea for The Ferry’s technology came to Kachi in a dream, but it’s science that brought it to life. At least, I thought so when the demos worked and CyberShark’s IPO was more successful than we dared dream.
Then, when Kachi took a powder with his half of the loot, I thought, OK, I can do this without him. I was so pissed that he bailed, but I didn’t get scared until the next test tanked. With everything – and I mean everything – on the line, I didn’t have space to wallow in hurt. Especially when I know I sort of drove him to it.
But now CyberShark’s investors are breathing down my neck and I don’t know where to turn. Except to Terra. She was always into the same kind of stuff as Kachi. Damn, I was glad she was willing to talk with me. We’d lost our connection during the years after Mom and Dad divorced.

I sure hope she can…er…will help me.

0 thoughts on “How can it get better than this?”