Meet Kokopelli, the best dog trickster in the Universe

Kokopelli started out as Daniel’s sidekick, but she’s adopted Shania, too. Without Koko’s help at pivotal points, the Protectors will not survive. 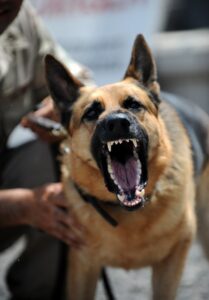 Shania rubbed her eyes, then her forehead. Only one more exam to go, she thought. Her whole body ached from sitting so long and focusing so intently. Go outside. Breathe. Walk around.

Without thinking, she responded. She scooted her chair back from the kitchen table where her books and papers were strewn, arched her back and stretched until the soreness released a little, then pushed through the screen door out into the night. The silence seemed to hum, a felt-rather-than-heard tune accented occasionally by a rustle in the bushes or a coyote howl in the distance.

She arched her back again and holding the porch rail for balance, leaned as far back as she could, until the muscles in her back released a little more. Her eyes were closed as she concentrated on loosening up, but when she opened them, she gazed directly into an array of starlight that took her breath away. She felt the thrum of energy flowing around her and smiled. All my relations.

Shania felt the movement before she heard it, and smiled again. 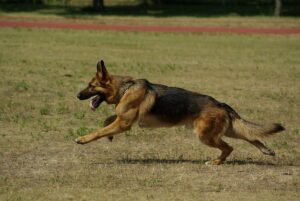 Koko! She scanned the shadows. Seated on the top step and waiting, she sensed soft pads approaching on hard sand. Shania hummed a medicine song and stilled herself. It didn’t take long before she felt the brush of coarse fur and the pressure of a paw on her shoulder. Laughing, she patted the boards beside her and moved over to make a bit more room. She was immediately rewarded by a lick on the back of her hand as Kokopelli crouched beside her.

“Hi, there, Girl. How are the pups? You know Daniel’s gone for awhile, don’t you?” It was a rhetorical question. Sort of.

Kokopelli’s brown eyes glowed with intelligence. Shania put her arm around the big German Shepherd mix to pull her close and ran her hands through Koko’s thick ruff.

“You know you’ve created breed babies just like me, don’t you?” Shania scratched the big head. “Life can be hard for half-breeds. 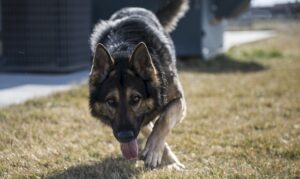 You’re gonna have to teach those pups to run in both worlds. The wild coyote world and the ‘dog-beloved-of-humans’ world don’t have much cross-over. In one, they’ll be hunted. In the other, protected. But your pups can learn. I did.”

Kokopelli flicked her ears, her gaze focused on Shania, who sighed and leaned into the sturdy body. “It boils down to learning who to trust.” Shania stroked back the pointed ears. “First you have to trust yourself, right? You’re good at that, aren’t you, Girl.” It was an affirmation, not a question.

Shania knew that in spite of running, hunting, and mating with a coyote, Koko returned to Daniel’s most days when he was home. The thought struck her. “Hmmm, you always know when he’s here and when he’s not, so you came to see just me this time. Thank you, Koko.”

Shania felt Koko lean into her a little more. She buried her face in the thick fur and hugged the lean body, then stood and reached her arms skyward. “C’mon, let’s go for a walk.”

The big dog leapt down the steps slightly ahead of her. Shania’s eyes had adjusted to the night. She could distinguish the lighter toned sand of the path that led through the scrub brush to the pasture. 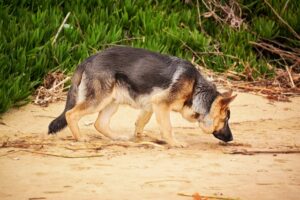 Her boots crunched on coarse grains of sand and pebbles as she followed the shadow that was Koko through the mild darkness to the corral at the edge of the pasture. She could see other large, dark shapes at the far end of the pasture, by the cottonwoods that lined the creek.

“Ki yi yi yi YI!” she called to the black gelding with the half diamond on his forehead. Ki lifted his head and sniffed the air. Beside him the brown and white paint mare lifted her head, too, and looked around. A flicker of movement beneath the mare’s belly caught Shania’s eye. The foal had been nursing until its mama stepped away and now it was butting her belly, looking for that teat again. Shania laughed and climbed through the fence. Ki ambled toward her, his family trailing behind. They met on the rise, Ki nuzzling Shania’s pockets for treats, Shania trying to protect her last clean pair of jeans from horse slobber.

“Sorry, I don’t have anything with me. You’ll have to do with pets,” Shania crooned as she ran her hand down the sleek neck. The paint mare remained a few steps away but stretched toward Shania, sniffing. The foal eased under its mother’s neck, curious. Shania held still while the tiny nose nuzzled her pockets, even when its hairs tickled the skin on her arm and a rough little tongue swiped the back of her hand.

Then all the horses straightened, their eyes glued to the edge of the corral where Koko was squirming her way under the fence. Ki snorted and stamped and headed in her direction, his muscles bunched, his head high and neck arched.

“Stay!” shouted Shania at the dog, realizing that Ki was protecting his family from a perceived threat. Koko stopped just outside the fence.

“Good boy! I know you can’t tell a dog from a coyote or a wolf, and your mama taught you to stomp ‘em on sight, but Koko won’t hurt you. Not any of you.”

She had been moving smoothly and steadily toward Ki as she talked and now stood by his shoulder, mere inches from touching. She let him sense her, and when he snuffled and lowered his head, alarm released, she draped an arm across his broad back.

Shania wasn’t aware of it, but tears leaked from her closed eyes as she laid her forehead against his warmth. She began to murmur the song from the old musical, South Pacific.

A startling brilliance penetrated her eyelids and made them pop open and her posture straighten.

My Gift to You

Sign up & receive my free eBook, Ceremony: Call Yourself Home